On the beach of Morocco children find a stranded boat and the body of Peter Kennedy, who carried a microfilm concerning information on oil reservoirs in Morocco. The company charges Bruce Reynolds who is just about to marry to find the microfilm. But Arab Selim Naruf who hates all foreigners tries to get the microfilm himself to keep the information for his country.

Reynolds and his bride Carol leave for Morocco immediately. Bruce first visits the British ambassador hoping to get more information on the whole case. But he learns that some "colleague" of Kennedy's took all his clothes as far as they hadn't been stolen by children.

So Bruce searches Peter's boat and finds a gun which he has to use at once when he discovers that he had been watched by a young man. This man works for Naruf who ordered him to tail and, if necessary, kill Bruce. But Bruce is able to knock the man out.

Reynolds supposes the microfilm to be in Peters shoes which had been stolen by kids. When he accidentally finds a cigarette lighter which belonged to Peter he followes the track up to trader Abdul Ben Gahar just to find him dead. The next owner of Peter's shoes, bus driver Hassan Mahmud, is hard to convince to hand over the shoes to Bruce...

And what's the part of Prince Achmed in this obscure affaire who so audaciously approaches Bruce's bride Carol?


An entertaining movie with some surprising twists and, albeit shot in Black and White, a pretty convincing Moroccan atmosphere. Carol's arguing about their continued suspended marriage is very funny. Only the "bad guys" and their motives remain rather vague. 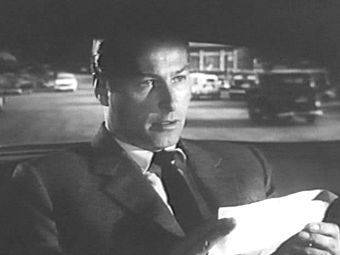 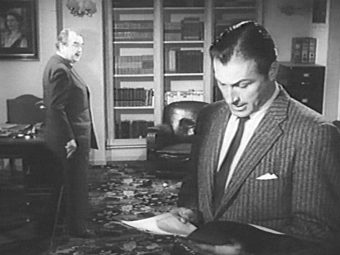 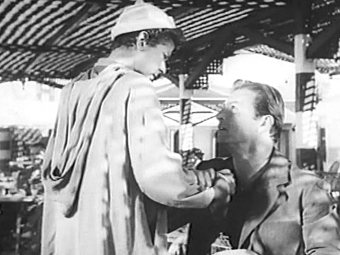 Where did you get this lighter? 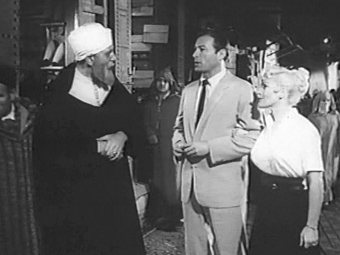 Searching for the shoe trader 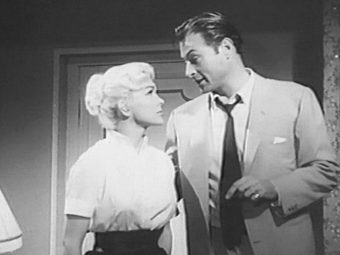 You're staying right here in this hotel! 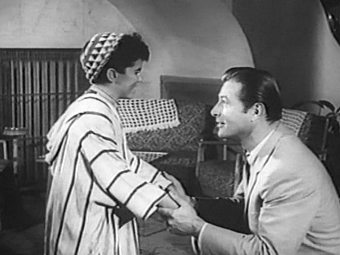 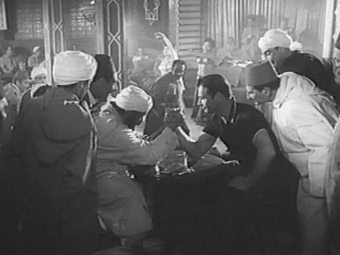 Arm wrestling for a pair of shoes... 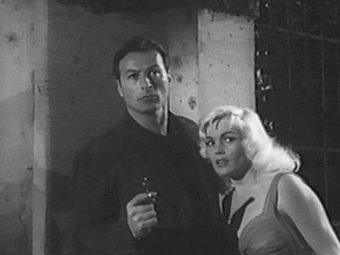